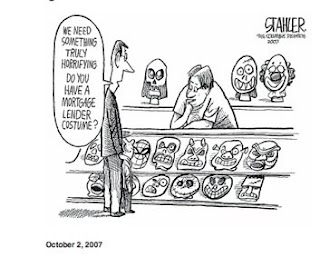 As reported by Peter Page in the National Law Journal (subscription required), a survey completed earlier this month of adults eligible for jury service found that potential jurors overwhelmingly held plaintiff-oriented perceptions with respect to suits against mortgage lenders.

“Nearly 90 percent of those surveyed believe subprime lenders abandoned sound lending practices,” the article reported. “More than half said subprime lenders knowingly lent money to people unlikely to afford the payments.”
While I was surprised at the high percentage of respondents who were aware that banks had abandoned sound lending practices, what was most interesting to me was the discrepancy between that number and the number who believed lenders had knowingly lent money to people who couldn’t pay it back. The former category suggests that banks were merely negligent, while the latter suggests intentional, predatory lending. But, both categories suggest incompetent underwriting, which in reality would never have persisted or been in the lenders’ self-interest if not for the securitization mechanism that allowed them to pass along most of the responsibility for their poor decisions (see very interesting article on downfall of U.S. financial institutions from U.K. perspective).

The survey seemed to focus on hypothetical cases by individual homeowners against mortgage lenders. As I read the article, because of our representation at Howard Rice of a large mortgage insurer, I naturally began to think about how juror reactions might change in a case by an insurer against one of these lenders. As some of the quotes in the article suggest, these responses may have been fueled in part by an emotional connection to a homeowner pitted against a large corporation. It would be interesting to see how these numbers would change with respect to hypotheticals involving two corporations. Still, on balance, the survey shows that the public is largely aware of the excesses by lenders that contributed to this crisis, and that lenders would be well-advised to consider all of their legal options short of trial.

(Thanks to nationally syndicated political cartoonist and Editorial Cartoonist for the The Columbus Dispatch, Jeff Stahler, for this appropriate cartoon)