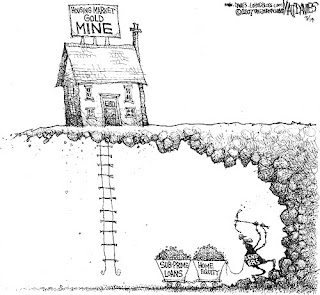 As reported this week in the Wall Street Journal (article available here, with subscription), the Federal Home Loan Bank of Seattle has filed separate lawsuits against 11 different Wall Street firms, alleging that it was misled about the quality of over $4 billion in mortgage-backed securities. The lawsuits, filed in King County Superior Court in Washington, seek to force the firms to repurchase these securities, plus interest. The largest of the lawsuits pits the Home Loan Bank of Seattle against Bear Stearns, Co. (now owned by JPMorgan Chase & Co.) and seeks the repurchase of $719 million in securities bought between March 2006 and September 2007, which feature a foreclosure rate of over 25%, according to the suit.

Is this the beginning of the flood of investor lawsuits that we have been anticipating since this crisis began unfolding in 2008? Some commentators think so. Bert Ely, a banking consultant based in Alexandria, VA is quoted in the WSJ article as saying that, “[o]ther similarly-placed investors would take note, both in the U.S. and outside.” Christopher Whalen, managing director for Institutional Risk Analytics said that a ruling against the Wall St. firms would “start a stampede” by other investors.
I have long been predicting that we would see a wave of investor suits, based upon the well-documented decline in underwriting standards from 2006 to 2008, the skyrocketing delinquency rates resulting from this abdication of underwriting and the resulting losses in pools of securitized home mortgages, and the fact that large institutional investors held significant stakes in these pools. But, up to now, such suits have been few and far between.
The WSJ article suggests that this has been because of the time-consuming and expensive audits of loan files that would be required to demonstrate underwriting deficiencies. But, this tells only part of the story. Another reason for the delay is the fact that institutional investors tend to hold the most senior tranches of certificates in securitizations, and these tranches have only just begun to experience losses. This delay in the recognition of losses has been compounded by the Financial Accounting Standards Board’s change in the mark-to-market rule last year that allowed banks to avoid writing down the value of its MBS holdings if it stated that it had the intent and ability to hold onto the assets until their value recovered. Though this rule bought investors additional time to attempt to negotiate with intransigent servicers, investors are beginning to realize that the only way the value of these assets will ever recover is through concerted action or through the courts.
Finally, the political element to this issue cannot be ignored. As discussed previously, the major servicers (generally large Wall Street banks), wield incredible political clout in Washington and have had the ability to alter the regulatory landscape in their favor thus far to avoid the consequences of their irresponsible lending and their self-interested servicing. So long as Washington was catering to servicers and offering the carrot rather than the stick to induce loan modifications, investors hung back, not wanting to appear to be standing in the way of keeping families in their homes. But, now that the political tide has begun to turn against servicers (see articles here and here), investors have become emboldened.
Once investors come to the conclusion that their losses from MBS will not be mitigated through patience or negotiation with securitization trustees and servicers, they will find that their only options are firing those entities, or filing lawsuits. And I am confident that if investors choose to go down the path of investigating the loans underlying their MBS holdings for the purposes of litigation, they will find a mountain of evidence of underwriting deficiencies, and strong legal support for putting these loans back to those who created them in the first place.
[Special thanks to Ken Hausman, Doug Winthrop and Michael Ginsborg for contributing to this article – IMG]
This entry was posted in Bear Stearns, Federal Home Loan Banks, investors, irresponsible lending, lawsuits, litigation, mark-to-market accounting, RMBS, securities, securitization, servicers, underwriting practices, Wall St.. Bookmark the permalink.